Our coach trip back to Saigon from Vung Tau for onward flight to Da Nang was broken for our mini “11th of the 11th“ Remberance Day ritual by the roadside. Simply drove thru Da Nang which from humble status, in 20 years has become VN’s 3rd largest city of 1 1/2 million – now VN’s IT centre with very modern city offices, factories and warehouses. The recent APEC conference of world leaders (incl ‘the Donald’) was held amongst the coastal array of golf courses and luxury beach resorts here.

Three nights / two full day’s a little further down the coast at Hoi An staying in another 5-star hotel : life is good. Hoi An old town is also good, very good. It’s architecture offers a blend of ancient Chinese / Japanese / Portuguese / Dutch / French influences, with a 300 year history as a major trading centre now classified by UNESCO. Fortunately the old town was spared any fighting and damage during the recent war, and offers a great shopping and dining experience. At this time last year the old town experienced major flooding. To date, Hoi An is my clear standout VN holiday destination. 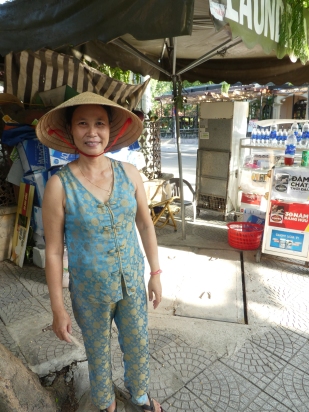 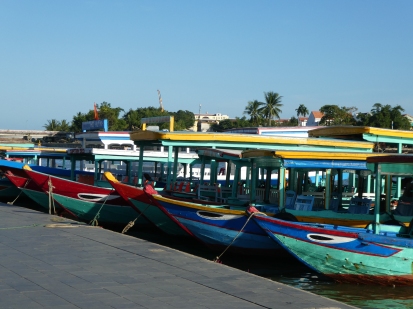 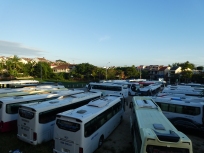 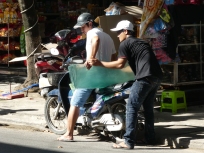 On a parking lot next to our hotel, early each evening there’d be an influx of tourist coaches appear, only to disappear again by 10pm. A quick tally one evening was 23 (see pic).  I’m told these are all Chinese and Korean tourists brought down from Da Nang for a splurge on the excellent local seafood. Also the photo of my SVN RF “Aussie mate” from Baria, and a lovely lady cold drink seller.

My distant memories of enjoying sun / sand / briny at Vung Tau 48 years ago were now trumped in a big way by the more typical Aussie beach conditions on the coast between Hoi An and Da Nang. Warm, but refreshing water temperature – pure clean seawater – light sunshine warming the skin – a gentle sea breeze – just a bit of flotsam, but inevitably much more jetsam littering the sand dunes. A very enjoyable immersion & enough ocean swell for some body surfing. This was adjacent to the beach the Yanks new as ‘China Beach’. 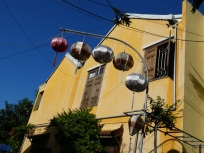 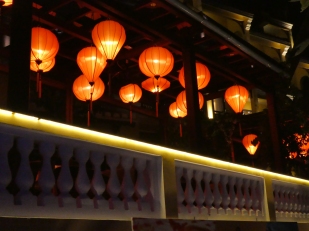 On 17th November 1969, with the main contingent of 8th Battalion, Royal Australian Regiment, being a National Serviceman infantry rifleman, I embarked from Brisbane aboard troopship HMAS SYDNEY sailing to what was then a sovereign country – South Vietnam – with the objective of aiding in its defence against the long running North Vietnamese communist insurgency.

It was a relatively uneventful voyage – certainly no pleasure cruise as we experienced very hot & uncomfortable living conditions on board below decks, and were occupied as one would expect in endless weapons drills (incl live fire at floating targets released from the aft deck) and fitness training. My recollection is we were issued with one can of beer per day and showered in salty sea water, with a 10 second rinse-off allowed with desalinated water. On the 28th November, we disembarked from ship to shore on WW2-style landing craft to a beach at Vung Tau – a major regional port in Phouc Tuy Province, South East of Saigon – for transport by truck convoy to the Australian Task Force operational base located at Nui Dat, roughly in the centre of the Province.

So now almost exactly 49 years later, I’m once again bound for Vietnam, but this time as a 71 years old tourist flying in the relative luxury of an SIA jet liner. I’ll initially spend 11 days in the company of several other ex-8RAR veterans, travelling as a group in the South of the country. Then after we part company, I’ll travel solo exploring some of the key cities and resorts of Central and Northern Vietnam. Both of my children have toured Vietnam in recent years and enjoyed the experience. So now it’s my turn to generate fresh experiences that I anticipate couldn’t be in greater contrast to my personal recollections (and to TV reportage) of war torn Vietnam, all those years ago. 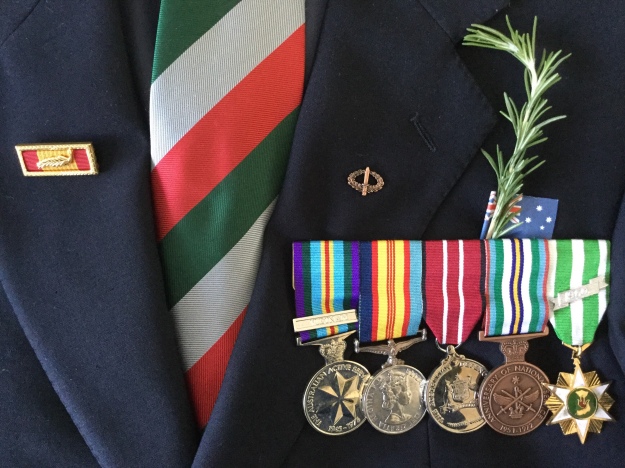