Of the 96 million plus population, few VN’ese people can avoid working long hours each day (many 7 days per week) to earn an adequate income. Even if having secure employment, many need to supplement their wage or pension in some way. My tourist guides all worked freelance, with the best one saying he on average earns income from his profession only 15 days per month. Several of them are engaged to sweethearts, but will be saving up ten years or so to afford marriage, and further to secure a modest apartment home.

Tipping is not customary in VN, but in the tourist industry it’s now normal (even expected) to tip your guides and drivers. The benchmark being US$1 per day for drivers, US$2 per day for guides (preferred as local currency equivalent). That’s a very modest token of thanks from us, but much appreciated by them. Best transacted with modesty on your final parting, contained privately in individual envelopes.

There are wealthy VN’ese families, and even a super rich elite. I saw a Rolls Royce dealership based near Ha Long City. Saigon and Hanoi have a couple of shopping centres (mini-Chaddy’s) housing mostly the regular exclusive international brand names, catering to wealthy, smartly dressed locals, as well as tourists. There are many successful business owners of all magnitudes, and literally multiple millions of micro ‘shopfront’ and pavement family businesses. Across a month, I saw only one street beggar, but quite a few men in the cities offering to clean people’s shoes.

Then of course there’s people in official positions of power who are able to extract corrupt payment. Corruption is openly acknowledged and accepted as normal. Im told by guides that Triads run protection rackets around the major port serving Hanoi -Haiphong – unofficially tolerated by the party and police.

So many people spend time in the street like this young man (below) trying to turn a buck offering a refreshing coconut juice, plying his business patiently beside the gutter. His is a very competitive market! Also below, a floating fishing village lady hawking trinkets and shells to cruise passengers anchored at Ha Long Bay. Raw private enterprise cocooned within a socialist system. 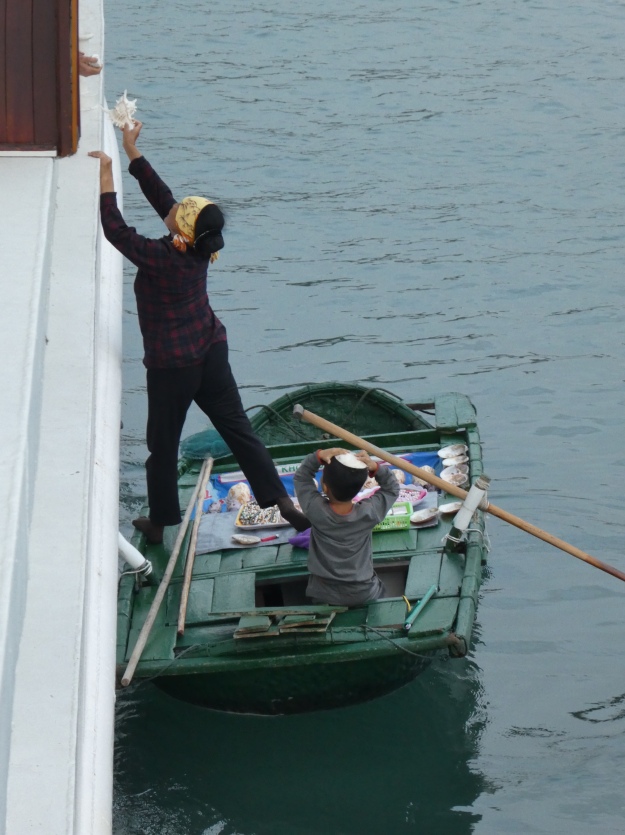 It’s rather mind-boggling actually to see so much business and essential daily sustenance take place on crowded city and suburban pavements, right beside highways, on any roadside, village pathway, or just open ground. 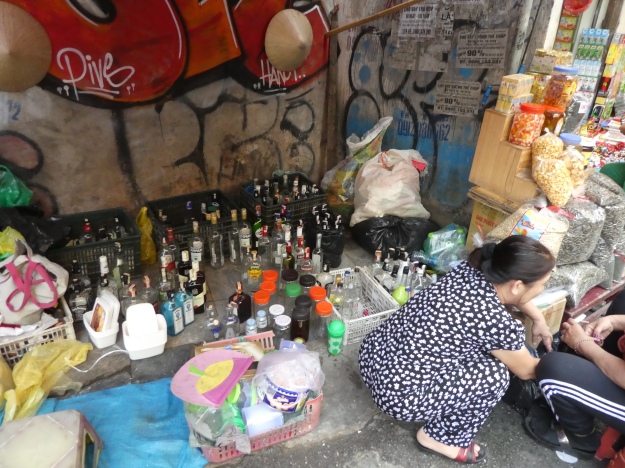 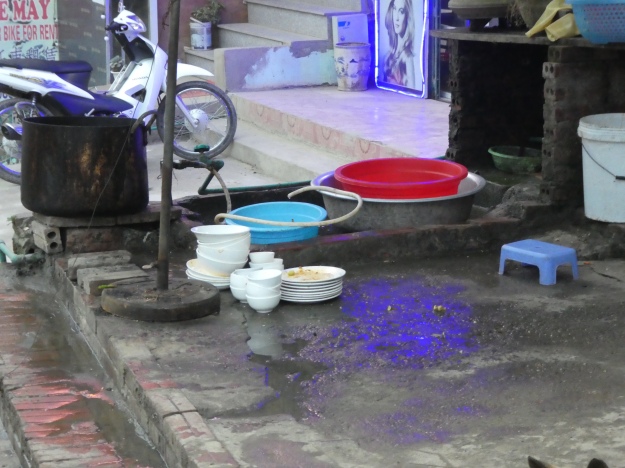 Having spent virtually a month travelling in what I believe is a football (soccer) loving nation, I didn’t see any adults or children actually kicking a football around – only ever saw a few people watching footy matches broadcast on TV. On only 3 occasions did I witness sport of any kind being played – badminton twice in Hanoi – once in a crowded street outside a hotel, the other on a paved park space. The third activity was marbles played with much enthusiasm by two preschool aged boys, near Sapa. I saw a few Europeans out jogging and cycling (suitably Lycra clad). And just a few older locals in various cities undergoing stretching routines, but not actually performing yoga or Tai Chi.

I’m so glad my visit essentially sat in the tourism ‘off season’, because in hot spots like Saigon, Ha Long and Hoi An, the peak pedestrian traffic and congestion must then be so frustrating, so challenging. With large numbers of North Americans and Europeans travelling to escape their Northern winter, Hanoi and Sapa are then less popular destinations than cities further South. Being so far North and adjacent to continental China, they too experience very cold winters. Even during my ‘off season’ travels, the mix of tourist nationalities blending with the dominant Viets and the minority groups presents a fascinating blend of humanity. 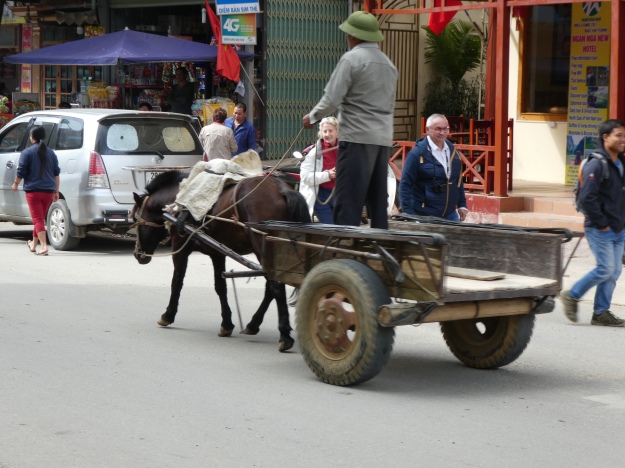 Interestingly, my Sapa guide informed me that contrary to the info provided at the Hanoi Ethnology Museum – and in all the tour guidebooks – there are actually 56 minority groups in VN – with the following two being defined several years ago in the far North of VN : ‘LoLo Pa Them’ and ‘ Choko’.

One night in Sapa, I enjoyed a minority’s dance and musical performance at my resort – pics below.

A highlight of my trip was in the first 11 days in VN, then accompanied by three comrades from my 1969/70 infantry tour of duty (in what was then South VN), we conducted a remembrance service for 9 of our ‘Killed In Action’ very near the location where they died. We also visited the Long Tan memorial cross replica in situ on that battlefield. The original cross now resides in Canberra at the AWM.

Another highlight was to twice rendezvous (in Saigon, then Hanoi) with my elder brother Rod and sister-in-law Donna sharing a dinner, experiencing a VN’ese opera performance (at the Saigon opera house), and swapping travelers tales. Between our times together, they sailed up the Mekong and enjoyed Cambodia.

Have I enjoyed what is most likely my international travel swan song? Yes indeed.

Would I recommend that friends discover VN for themselves? Certainly, if you are a fit, healthy specimen, have good walking shoes, an inquisitive yet patient countenance.

My only advice being to supplement your usual medications with a supply of ‘Gastro Stop’ capsules, or similar diarrhea treatment. Plus take with you plenty of ‘Sudafed’ tablets or similar suppressant of flu symptoms – even if you’re up-to-date with the latest Aussie anti-flu vaccine, like me. I was unfortunately caught short with too few of these legal drugs. Local alternatives can be purchased over the counter at many pharmacies – but not all. Including antibiotics without prescription in the bigger cities, if necessary.

This is my final blog installment, effectively terminating Jenny’s “ravensflight” travel blog website. If you’ve hung in to read this far, thank you for your interest in my observations and this selection from amongst hundreds of photographs taken across my latest adventures in VN.

2 thoughts on “Final reflections on my 2nd Vietnam adventure.”